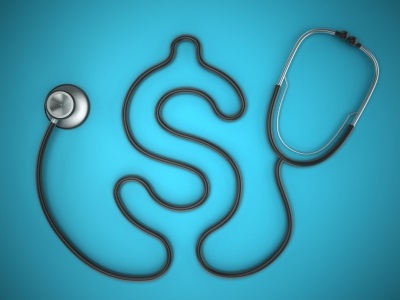 5 Ways Your Health Can Affect Your Money

Lose weight. Save more. Spend less. Be a gym rat—and actually like it.

These are some of the most common New Year’s resolutions, with many people pledging to actually tackle all of the above over the next 12 months.

It makes perfect sense: According to a bevy of research, if you’re doing well in the health department, you’re probably in good financial shape too—and vice versa.

For example, a study out of the Olin Business School at Washington University in St. Louis found that future-minded people who contributed to a 401(k) were more likely to take steps to improve their health.

Another Duke University study found that low credit scores could be used to predict increased risk of cardiovascular disease.

These findings may seem discouraging if you haven’t been living (or spending) healthily—but researcher Salomon Israel, a coauthor of the Duke study, says there’s an opportunity to turn it around.

To help you refine those skills, we’re delving into how five key aspects of your health can influence your money—from how much slumber you clock each night to whether your stress levels are in the stratosphere.

#1: How Sleep Affects Your Finances

Remember those all-nighters you used to pull in college before midterms?

Science has an explanation for the wooziness you felt right before you crashed: Going without sleep for 24 or more hours makes a person perform as if they had a blood-alcohol level of .1%—.02% more than the legal limit for drunk driving.

Most likely, all-nighters aren’t your M.O. anymore, but if you’re consistently getting just four or five hours of sleep a night, your decision-making skills may not be as sharp as they could be. And that can have implications for your money.

“Lack of sleep can cause us to make many poor decisions, all leading to negative financial consequences,” says Bob Gavlak, a CFP® with Strategic Wealth Partners in Seven Hills, Ohio. “It could be as simple as buying a magazine that you don’t need at the grocery, or as big as drastically overpaying for a new car.”

How to Get Healthier The first step is to commit to an earlier bedtime in order to get the recommended seven to nine hours of sleep each night.

And make sure to follow proper sleep hygiene, like hanging room-darkening window treatments, setting your thermostat to about 65 degrees, and avoiding the use of electronics (like that smartphone!) before hitting the sheets.

If nine hours seems too tall an order, look instead for windows in your day to catch a quick, 10-minute power nap. A Harvard study showed that napping can increase memory and cognitive function, which may just be the boost you need to be more alert at work—and make smarter money decisions.

So catch up on some extra winks on the train to work, or on a Saturday afternoon, and soon enough, a financially productive 2016 won’t just be a dream.

#2: How Diet Affects Your Finances

Eating too many restaurant meals is a hallmark of poor nutrition—those who indulge too often have higher levels of obesity, body fat and unhealthy BMIs.

Plus, as anyone carefully tracking his expenses can attest to, dining out can also wreak havoc on your wallet. According to the USDA, a family of four eating moderately at home will spend about $245 per week on food—that’s half of what they’d shell out eating at restaurants.

And there’s more: It seems that eating high-fat restaurant meals may also affect cognitive abilities. In an Oxford University lab study, researchers found that rats eating a high-fat diet for several days showed signs of short-term memory loss and lower levels of brain function than those receiving a low-fat diet over the same period.

“There are a lot of parallels between good eating habits and good financial habits,” says Jeff Reeves, author of “The Frugal Investor’s Guide to Finding Great Stocks.” “If you don’t have the discipline to say no to junk food or count calories, you probably make a lot of impulse buys and have trouble balancing your checkbook. Self-control is the key to good financial health, as well as a healthy diet.”

How to Get Healthier “A good tip for your nutrition and finances is to plan your meals in advance,” Gavlak says. “Even if you plan to go out for a few meals during the week, it still helps prevent gut decisions to stop at a restaurant instead of eating a good, home-cooked meal.”

And feel free to take a few short­-cuts if it means you’ll be motivated to maintain your healthy diet.

“Don’t feel guilty about spending a little extra money for prewashed spinach or precut carrots,” says Marguerita Cheng, a CFP® and C.E.O. of Blue Ocean Global Wealth in Rockville, Md. “If it means you eat at home and you eat better, it’s worth it.”

Bonus tip: Instead of filling up on empty calories, add more energy-boosting foods to your diet, like almonds and blueberries, so you’ll have a clear mind to tackle your financial to-dos.

#3: How Exercise Affects Your Finances

We won’t sugarcoat it. Exercising regularly is no easy feat. But skip this good-for-you habit, and you’re likely to sacrifice more than just a smaller pant size.

For starters, regular exercise results in more energy for your brain, boosting your cognitive ability and sharpening your memory. So one consequence of staying sedentary could be that you’re operating at a significant disadvantage at work, compared to your more active coworkers.

You could also be missing out on a positive attitude that could help you tackle your finances head-on. “Exercise can improve confidence, which can help people make more informed decisions and take the meaningful actions necessary to reach their goals,” Cheng says.

In fact, Cheng says she often comes up with many of her most creative ideas after attending a cardio kickboxing or Zumba fitness class.

How to Get Healthier To fully gain the health benefits from exercise, try to clock about two and a half hours of exercise each week. If you need to ease into it, make it fun by incorporating more physical activity into your daily schedule—like, say, biking to work instead of driving, or watching your favorite TV show while on the elliptical.

The upshot? You’ll start to notice the benefits of sticking to healthy habits.

“In turn, you can take that experience and apply it to your financial goals,” Gavlak says. “If you want to pay off debt, increase your savings, or be ready to retire early, you’ll need discipline to stick to a long-term plan, much like regular exercise.”

#4: How Stress Affects Your Finances

Sure, a healthy level of stress can keep you motivated to stay on task and get things done. But, these days, many Americans suffer from unhealthy amounts of stress—which can lead to decreased productivity at the office.

Recent research from professional services firm Towers Watson shows that, among workers who say they are experiencing high stress levels, 57% reported that they were disengaged at work. The stressed-out crowd also said they missed more work than their peers.

Even though many call it “retail therapy,” Cheng says this kind of emotional spending leads to more problems than solutions.

How to Get Healthier Reducing stress may seem like a giant undertaking—but even baby steps can make a difference to your well­being.

“Try to notice patterns as to what causes stress, and how you react to it. Then, instead of buying things as a result, focus on doing things,” Cheng says. So whenever you need a break, pick up a good book, call a friend, or go for a jog.

To help you feel more in control, reorganize your physical space and get rid of unnecessary things. If you can, apply this treatment to your schedule too. Giving up activities that are unfulfilling or unnecessary can provide more free time for yourself—and the things that really matter to you.

#5: How Depression Affects Your Finances

Stress isn’t the only negative emotion that can lead to overspending—sadness has been proven to have the same effect … with some pretty serious, straightforward financial consequences.

In fact, individuals over 50 with debt have been found to be eighttimes more likely to report feeling depressed than those who live comfortably, according to research analysis conducted at the University of Bristol in the UK.

Having access to physicians, mental health support, and medications is certainly one piece of the puzzle—but there are actionable ways to reduce your financial burden on your own too.

For starters, you can adopt the “snowball” method of paying of debt. You list out all of your debts, and rank them according to the highest interest rate. From there, you pay the minimum on each, but tackle the highest-interest card with full force. Once that debt is paid off, you move onto paying of the next high-interest debt and the next—until you’re completely debt-free.

If, along the way, you notice a depressed mood is continuing to sideline your progress, Gavlak suggests building in some “thinking time” before you pull the trigger on new purchases.

“If you see a pair of shoes and think you just have to have them, wait a couple of days before buying them,” Gavlak says. “After that, if you still want them and can afford them, go ahead. But often, you’ll find that you don’t really need or want that item like you thought you did.”

The opinions voiced in this material are for general information only and are not intended to provide specific advice or recommendations for any individual.